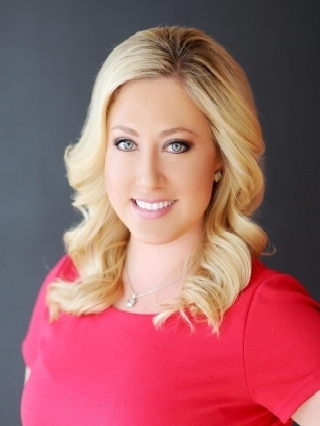 Summer Dashe is the evening anchor. You can catch her at 5, 6, 7 and 11, Monday through Friday nights.

She joined the ABC 15 Team in October of 2015 as the anchor of Good Morning Carolinas Weekend. She is thrilled to have been promoted to weeknights and is excited to continue her career and life in Myrtle Beach!

You can count on Summer for thorough and accurate coverage. She is grateful to have earned the community's trust as a reporter before moving to the anchor desk full time. In 2016, Summer proved herself as a reliable source to the community during her coverage of the Cherry Grove fires during Hurricane Matthew. Millions of people watched her Facebook Live reports from Ocean Boulevard as she calmly kept an evacuated community in the loop, for which she earned a 2017 South Carolina Broadcasters Association STAR Award for Convergence Coverage.

In 2016, she won two first place awards for her reporting from The South Carolina Radio Television Digital News Association. She earned one for her coverage of Brittanee Drexel's disappearance and another for her investigative reports on the five new energy positive schools being built over-budget in Horry County.

Summer moved to South Carolina from Texas where she reported for KLTV 7 News, in Tyler. During her time as a multi-media journalist, her coverage of an EF3 tornado earned her a Texas Lone Star Emmy Award.

Her rapport with law enforcement and genuine interest in people serves her well in earning sources and building a network of tipsters. She learned quickly that relationship building is one of the most important skills a journalist can possess. She has landed major exclusive interviews like with a convicted murderer, a tight-lipped police chief who retired in the middle of a department sexual assault scandal, and friends and family closest to some of the community’s biggest stories.

She is a graduate of Southern Methodist University, in Dallas. Even before officially starting her professional career, she was the 2012 winner of the Undergraduate RTDNA Pete Wilson Scholarship Award for responsible and ethical journalism. During college, she was a member of the Delta Delta Delta sorority and an active volunteer in the animal rescue scene.

Summer is originally from San Francisco, Calif. That is where she often visits mom and dad and her big brother. She learned quickly, though, that she belonged in the south. Her sister is nearby in Nashville and Summer makes many visits to see her niece there.

She's an animal lover and mom to a very sweet puppy named Sundae. When she's not in the newsroom, you'll often find her taking walks or runs with her dog, enjoying a drink and appetizers at a good local hangout, or volunteering at an animal shelter. If you see her at any of those locations she sure hopes you'll come on over and say hello!