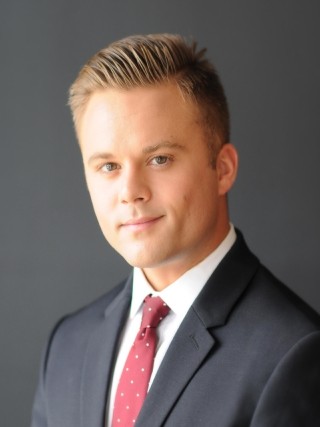 Simon Williams joined the WPDE team in June 2019 and became an anchor for Good Morning Carolinas in March 2022.

He has worked through hurricanes and tropical storms, years of breaking news situations, and massive growth through our area. He has also passed through training to assist in drone flights, to give aerial visuals to viewers.

He's passionate about amplifying the voice of our Spanish-speaking neighbors, and breaking down language barriers that often leave those neighbors feeling excluded from local conversations.

In 2021, Simon won a second place award from the Radio Television Digital News Association of the Carolinas, for a report telling the story of a nurse who lives in South Carolina legally, but since he migrated from Mexico at the age of 2, was stopped from working in his field by the lack of a state law.

After spending three years in the Myrtle Beach area, and exploring both Carolinas, he's more than proud to call the Palmetto State home.

You can catch him on GMC Monday through Friday, from 5 to 8 in the morning.

Simon also produces a Spanish update, called 'Trabajando Por Ti,' which can be found in the local section of the WPDE website, and his Facebook page.

Before coming to the Grand Strand, Simon worked for two years as a reporter on the U.S./Mexico border in El Paso, Texas.

There, he covered several stories that gained national attention, including immigration news, border wall development, the housing of immigrant children in tent facilities, and the Senate race between Texas Senator Ted Cruz and Beto O’Rourke.

Simon is originally from Indiana and graduated with a Bachelor’s degree in journalism from Indiana University in Bloomington in 2017. Simon’s second major at IU was in Spanish and he also studied Latino Studies.

He grew up in South Bend, Indiana, near Notre Dame University, and his entire family still lives in the area.

Growing up near the Great Lakes, he loves the water, and that love has extended to the Atlantic Ocean, marshes, lakes, creeks, and rivers through the Carolinas.

Outside of work, Simon loves doing anything outdoors. Simon loves running, hiking, swimming, lifting weights, kayaking and any other excuse to leave the house!

He loves doing most of these activities with his dog, Chuco, who is half-Shih Tzu and half-poodle. While Chuco is from the desert, he has fallen in love with playing in the sand at our beautiful beaches.

You can reach Simon with story ideas on his Facebook and Twitter. He’ll respond to your messages as soon as he gets them!