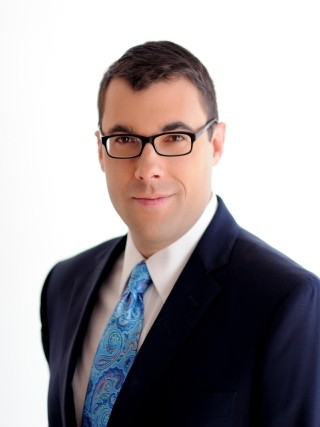 Originally from Cheraw, John has been interested in weather since sixth grade when Hurricanes Bertha and Fran scraped the South Carolina coast. John met chief meteorologist Ed Piotrowski at the start of sixth grade when Ed visited his school. He went on to intern for Ed during the time he was a student at Francis Marion University, where he obtained a physics degree.

John’s next move was to Tallahassee, Florida, where he earned his Masters of Science in meteorology from Florida State University. During his time at Florida State, John was an active member of the North Florida Chapter of the American Meteorological Society. He was recognized as member of the year and served as secretary the year the North Florida Chapter was declared the Chapter of the Year by the AMS.

Before returning to the eastern Carolinas, John spent eight years working as a meteorologist for KRQE in Albuquerque, covering the entire state of New Mexico and part of southern Colorado. During his time there, John tracked winter storms, the summer monsoon, dust storms and severe weather events. He also delivered the weather live from the Albuquerque International Balloon Fiesta.

John is excited to be back in the Carolinas! The biggest reason he got into broadcast meteorology was to share his love and knowledge of weather with others, not only on television and online, but also in person in the community!